To be a global player in field Fishmeal, Fish Oil and Fish soluble with a commitment to provide safe & quality product through responsible sourcing, environmental and social values.

To produce quality fishmeal, fish oil and fish soluble through efficient and innovative production processes in environmental and socio-economic environment.

To control & monitor the quality & origin of the fish by constant monitoring & measurement at landing stations and in Factory in order to deal with the challenges arising from global environmental changes.

To develop, nurture and empower the human capital to leverage its full potential.

To extend wholehearted support to nearby society by way creating opportunities to do business within the decided framework of RFM.

Raj Fishmeal and Oil Company, is committed to improve transparency and raise standards. The company is much concerned about labour and human rights and hence is very much against human trafficking, labour abuses, child labour, debt bondage, forced labour, migrant workers, and slavery, across and anywhere in the whole supply chain from source to Clients reach.

ABOUT RAJ FISHMEAL AND OIL COMPANY

Post his untimely demise in 1982, his wife Mrs. Manorama Madhwaraj was at the helm of the administration and took the Company forward. In 1987, her son Mr. Pramod Madhwaraj was appointed as the proprietor and it was later renamed Raj Fishmeal & Oil Company. The factory was ably managed by Late Mr. Prasad Raj, (elder brother of Pramod Madhwaraj) for over 15 years.

In 2002, Mr. Pramod Madhwaraj presided over the administration of the factory, hence spearheading modernization. The oil fired flame driers were supplanted by multiple steam driers, for the production of superior quality fishmeal and fish oil, including fish soluble paste. 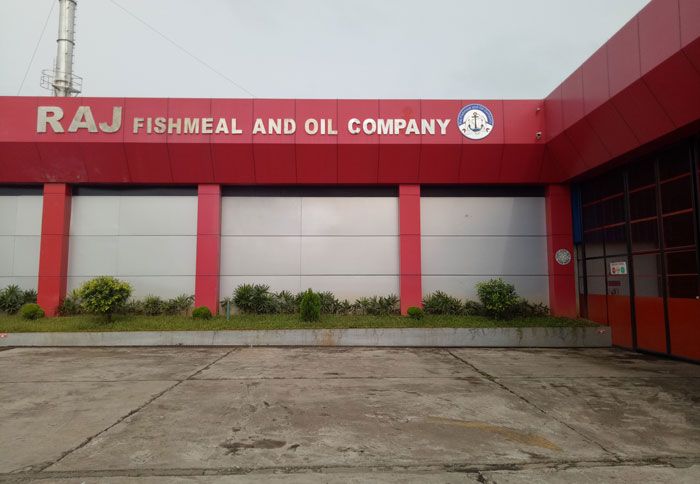